The daughter of Lord Henshingly Croft, Lara was brought up in the secure world of aristocracy – wanting for nothing she was surrounded by servants, social events and high society.
Having attended Wimbledon High School for Girls from the age of 11 years, Lara’s parents decided that now she was 16, she should broaden her education by studying for her A’ levels at one of England’s most prominent boarding schools. An adventurous soul, Lara found the idea of being sent away from home an exciting prospect.
By chance one day Lara came across a copy of National Geographic on the hall table. The front cover featured a familiar name – Professor Werner Von Croy. A respected archaeologist, Von Croy had once lectured at Lara’s school to pupils and parents alike. The experience had a profound effect on Lara, triggering a desire for travel to remote locations in search of adventure. In some ways Von Croy had become an inspirational figure for Lara.
As Lara read further, she learned that Von Croy was currently preparing for an archaeological tour across Asia, culminating in a potential new discovery to be made in Cambodia. Unable to contain herself, Lara burst into the room, thrust the article in front of her parents and without hesitation demanded she accompany Von Croy on his expedition. Lord Croft could hardly disagree that travel was an education in itself.
As Lara argued the case further, he found himself walking over to the desk and penning a letter to Von Croy, introducing himself as an influential society figure and offering financial assistance in exchange for his daughter’s place on the expedition.
Von Croy’s reply assured the Henshingly Crofts that the territories were friendly and that he had ample experience to look after both his and Lara’s well being. Lara’s company as an assistant would be welcome, as was the offer of such a generous cheque. He remembered Lara from his lecture – her incessant yet insightful questions had made quite an impression upon him.

And so it was agreed by all that Lara would accompany Von Croy for the duration of the tour...

According to Egyptian legend, Horus, son of the light, outwitted the evil God Seth and imprisoned him in a secret tomb. Five thousand years later, Lara Croft discovers the lost tomb and unwittingly unleashes the evil God Seth, fulfilling the ancient prophecy of his return to plunge mankind into darkness! In a race against time, Lara must use all her wit and skill to reimprison Seth and save the world from Armageddon. Pursued at every turn by her arch-rival, the unscrupulous archaeologist Werner Von Croy, Lara embarks on a journey of discovery across Egypt, where she must overcome the most ingenious puzzles and infernal traps ever devised, and face terrifying evil from beyond the grave...

With more twists and turns than an Egyptian labyrinth, this is heart stopping action-adventure; a Tomb Raider that truly offers...
The Last Revelation. 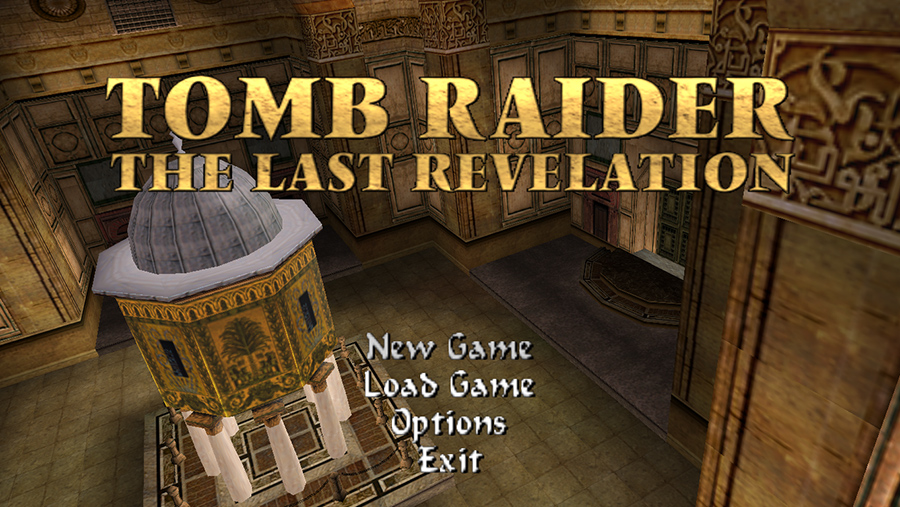