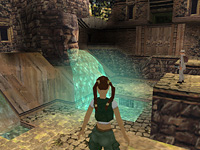 An epilogue and training level in one piece. We play with sixteen year old Lara and her mentor Von Croy accompanies us along the adventure - he is going to have an important role later on.

Valley of the Kings (Egypt) 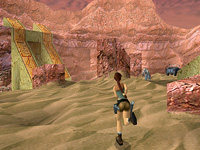 In the tomb of Seth Lara is searching for the Amulet of Horus. A local person assists us at the beginning but it reveals he is not the friendly person we believed him to be... 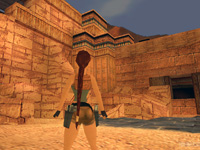 In Karnak we are about to open Semerkhet's tomb with the amulet. An old friend appears with aggressive baddies... Upon arriving at the entrance of the tomb, Von Croy comes to steal the amulet from the socket, trapping us in the tomb. 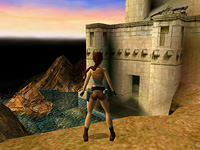 Jean-Yves, a friend of Lara is working on a digging site near Alexandria. Lara meets him and he gives useful directions where to find the real location of Cleopatra's Palaces. During the exploration Jean-Yves is always willing to provide further information. 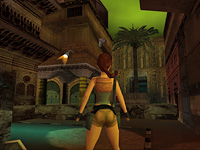 Jean-Yves is gone and Lara only finds a letter left behind, written by Von Croy: "Congratulations! You survived to fight another day. I trust that you now have all the armor. Jean-Yves shall be escorting us to Cairo—not entirely of his own free will, I admit. A simple trade: his life for the Armor of Horus. Do not take too long thinking it over. Yours apologetically, Werner" So, Lara jumps on the good old motorbike of Jean-Yves' and heads to Cairo. 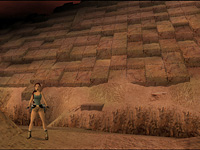 Lara rushes to Giza to bring Horus to life. In the depth of the pyramid she finds his temple. She carefully puts the armor and the amulet on Horus and he is about to revive but Seth prevents him with an army of locusts and comes to life instead of him.