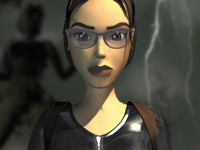 Lara Croft, daughter of Lord Henshingly Croft, was born in England on February 14th 1968. She was raised to be an aristocrat from birth, and had lived in luxury aloof from the world at large. From the age of 3 Lara began her learning with a private tutor. Lara attended Wimbledon High School for girls at the age of 11.

At 16 her parents decided she should broaden her education by studying at Gordonstoun, one of Britain's most prominent boarding schools. One day Lara came across a copy of National Geographic on the hall table. The front cover featured a familiar name - Professor Werner Von Croy. A respected archaeologist, Von Croy had once lectured at Lara's school to pupils & parents alike.

The experience had a profound effect on Lara, triggering a desire for travel to remote locations in search of adventure. In some ways Von Croy had become an inspirational figure for Lara. As Lara read further, she learned that Von Croy was currently preparing for an archaeological tour across Asia, culminating in a potential new discovery to be made in Cambodia. Unable to pass up this opportunity, Lara burst into the room, thrust the article in front of her parents & without hesitation demanded she accompany Von Croy on his expedition.

Lord Croft could hardly disagree that travel was an education in itself. As Lara argued the case further, he found himself walking over to the desk & penning a letter to Von Croy. He Introduced himself as an influential society figure and offered financial assistance in exchange for his daughter's place on the expedition. Von Croy's reply assured the Henshingly Croft's that the territories were friendly and that he had ample experience to look after both his & Lara's well being.

Lara's company as an assistant would be welcome, as was the offer of such a generous cheque. He remembered Lara from his lecture - her incessant yet insightful questions had made quite an impression upon him. And so it was agreed by all that Lara would accompany Von Croy for the duration of the tour.

After attending a Swiss finishing school at the age of 21, Lara's marriage into wealth had seemed assured, until one day, on her way home from a skiing holiday, her chartered plane crashed deep into the heart of the Himalayan Mountains. Lara probably should have died there, as most people would have, instead she learned how to depend on her wits to stay alive in hostile conditions a world away from her sheltered upbringing.

Two weeks later when she walked into the village of Tokakeriby her experiences had had a profound effect on her and in that process transformed herself as well. Her Himalayan odyssey was both miraculous and enlightening, as the young woman not only survived, but gained a perspective on herself and the world that made her past appear shallow and naive. Out of the darkness of her ordeal, she saw her future reflected in a different light.

She felt profoundly that there was more for her in this life than the coddled existence that had become her numbing habit. She realized that she was only truly alive when she was travelling alone. Over the eight following years she acquired an intimate knowledge of ancient civilizations across the globe. Her family soon disowned their prodigal daughter, hoping she would wed The Earl of Farrington. She turned to writing to fund her trips.

Famed for discovering several ancient sites of profound archaeological interest and gaining some notoriety for having slain an actual Bigfoot in North America, she made a name for herself by publishing travel books & detailed journals of her exploits. 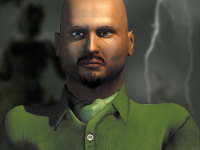 Charles taught at the Gordonstoun Boarding School, his subject was history. He taught Lara here for 2 years, long enough for him to recognize the potential of the young girl. Having never had children of his own, bonded an almost fatherly relationship with her although only ever seemingly able to keep in touch from afar. He has a personal interest in the old Iron Curtain countries and with the advent of Glasnost seized his opportunity to visit the Eastern block whenever he could afford the time. 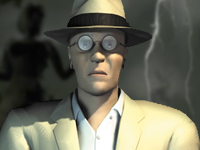 His father, curator of the city museum, introduced him to the ancient artifacts that so possessed his later life. Began his explorations at an early age, to glean items for the museum. Met Lord Croft through his father, and it was then that he was requested to guide Lara through her first exploration. 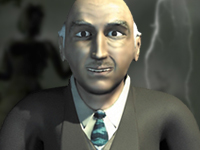 Decorated in the El-Alamein desert campaign under Montgomery, and honorably discharged after being wounded in battle. Returned home and worked with his father as a gamekeeper under the laird on the local estate. Formed a bond with Lord Croft upon organizing pheasant shooting excursions and was requested specifically into service by him on the mainland. As Lara’s parents continued their world excursions, Winston became like a father to her, a bond that remains to this day. 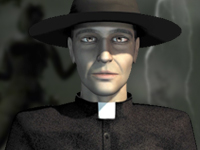 An orphan, raised and trained in a monastery, he left to travel the Amazon basin, as a missionary. Pursues an interest in the paranormal, after being exposed to mysterious incidents in Haiti. He returned to southern Ireland and took up his position as Local priest for Connussie. In this short time he became close friends with Winston, and although returning to his travels as religious emissary, would return often to see his companion, and henceforth to eventually meet Lara. 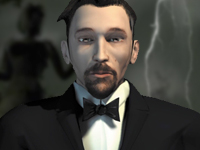 Pierre took an interest in Lara’s exploits after, at a young age, she presented the Louvre with a giant painting that she had uncovered on her adventures. He was so enamored with the media interest that pursued this venture, he decided that he himself would seek fame through the recovery of historic items. Often pursuing the same artifacts lara herself sought, the two became rivals. Lara is aware he seeks items only for monetary gain, and henceforth will do everything in her power to stop him. 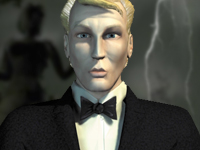 While in the US Army, his direct approach and enthusiasm won him respect from his fellow soldiers. But due to low intelligence, was not considered as officer material. Resenting this, he left to pursue a career as a gun for hire in Nicaragua, where he was once more working for the US army, but this time in a less official role. It was whilst on this 'mission' that he first met Pierre who was at the time engaged in an 'unofficial' dig himself. Pierre feels that as mercenaries go, better the devil you know. 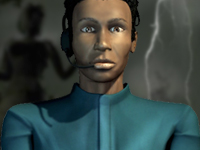 Tough street upbringing, showed unusually high level of intelligence in computing. Youngest ever employee of Von Croy Industries, although his computing interests weren’t always appreciated by the US government, hacking regularly into the FBI networks just because he could! Unfortunately this pastime led to his being the youngest ever exemployee of VCI. Set up his own surveillance company and as a disgruntled ex-employee of VCI jumped at the chance of working with Lara.