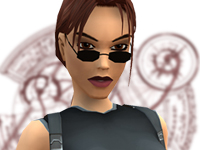 Lara was independent and outgoing at school always preferring individual to team sports. Whilst at Gordonstoun she excelled at rock climbing, canoeing, horse riding and archery. A natural athlete she discovered a passion for firearms as an extra-curricula activity. Later, in her Swiss finishing school, she developed her interest in firearms. Later in life she felt drawn to fast vehicles and any form of extreme sports, "just to keep me in trim".

As the daughter of Lord Henshingly Croft, Lara was used to the security of an aristocratic background. Predictably she rebelled against the more confining aspects of her upbringing but when she moved to Gordonstoun in 1984 the mountains of Scotland gave her an unprecedented degree of freedom. Her world changed further when she came across the work of Professor Werner Von Croy and heard him lecture about his archaeological career. The experience had a profound effect on Lara, triggering a passion for remote locations and adventure.

She discovered that Von Croy was preparing for an archaeological expedition into Asia and persuaded her parents to let her accompany him. Von Croy was persuaded after being promised financial assistance for the expedition. He was also impressed by the young amazon's enthusiasm and energy. She could obviously take care of herself and the experience would be a unique educational opportunity. This set the pattern for the rest of her life. For the first time she experienced the hazards and mysteries of the ancient world of antiquities. Terrifying dangers became an accepted part of her life from then on. In the intervening years she has combated ancient mythical forces, survived a Himalayan plane crash, outgunned heavily armed opponents and always emerged with the prize.

Despite inheriting the Croft mansion in Surrey she lives the same way she prefers to work – alone. In her rambling home she has installed a custom-built assault course and shooting range. With her unique physical abilities, Lara is certain of being able to break many world athletic records but sees no challenge in this for herself. It lacks the necessary ingredient of danger. The huge rooms of the mansion are useful for storing the many artifacts she has acquired in her adventures. There is also adequate space for her favorite vehicles. Anything on two wheels over 650 cc's is considered acceptable but she finds both the Triumph Speed Triple and the Harley V-Rod especially attractive.

Apart from her archeological successes Lara is proud of achievements in other areas too - she has driven the dangerous Alaskan Highway from Tierra del Fuego in South America in record time. This little escapade resulted in worldwide headlines confirming the opinion of the established Antiquities community that she was a loose cannon. She loves this profile but generally shuns the media spotlight as it interferes with her Tomb Raiding activities.

Events in recent times have cast a shadow over Lara's life. She went missing presumed dead after a disastrous field trip to the Egyptian tombs with Von Croy. She refuses to confirm or deny rumors about time spent amongst obscure North African tribes but whatever happened after Egypt she has become almost a recluse since her return to the Croft ancestral home in Surrey. 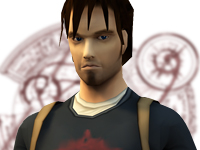 1972: Born on June 26 in Utah Salt Flats, USA
1975: Kurtis, three years old, is trained by his father Konstantin as a Lux Veritatis initiate. The ancient order is being ruthlessly hunted by Eckhardt and the Cabal.
1988: Kurtis, aged 16, undergoes the most intense stages of his Lux Veritatis initiation.
1991: At age 19, Kurtis dissapears and joins Foreign Legion, changing his name to Trent. He remains hidden within the legion for five years, constantly assaulted by bizarre events linked to the occult. In this time, he gets the nickname "Demon Hunter."
1996: Kurtis leaves the legion and begins freelancing with a variety of mercenary and less-than-legal agencies. He hears from his father, but never sees him alive again.
2001: Konstantin is murdered by Eckhardt. This is Kurtis's wakeup call. He receives two talismanic items, the Periapt Shards, and the terrifying Chirugai blade. In a rage of vengeance, he goes after Eckhardt.
2002: Kurtis crosses paths with Lara in Paris, and they team up in Prague to combat the Cabal and Eckhardt. Lara first sees Kurtis tearing away from Le Serpent Rouge on his motorcycle. Their paths cross several times during their adventure, but it isn't until the end of the Maximum Containment Area level that Lara finds out if Kurtis is a friend or foe. Kurtis has several psychic talents, including telekinesis and a Farsee ability that gives him a glimpse of areas he can't physically reach. 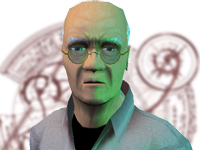 A world-respected archaeologist and part-time adventurer, Werner was Lara's mentor in her early years. Now in his late 50s, he lives alone, pouring over manuscripts and assorted antiquities in his Paris apartment. Lately he has been troubled by a stranger with an odd-shaped hand, who has instructed him to search for items known as the Obscure Paintings. 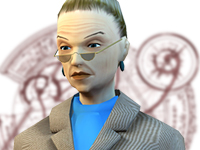 A historian and academic at the Louvre Department of Medieval and Renaissance Studies, Carvier is a stern woman involved in recent archaeological digs beneath the Louvre galleries. She is both a friend and colleague of Professor Von Croy. She lives alone in an apartment near Paris's industrial district. 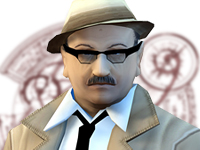 Luddick is a seedy, discredited reporter who has been tracking what he believes are Mafia activities in Prague, Czech Republic. He has accidently discovered (and unfortunately crossed) the Cabal, whose members protect their operations ruthlessly.

He also has the entry code to Strahov Fortress, which he's only too happy to share with Lara in exchange for her story of events in Paris. 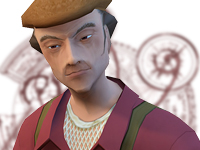 A gaunt Frenchman suffering from delusions including (but not limited to) insanity and paranoia, Rennes makes a living hawking underground wares in the Parisian Ghetto. He is a specialist in illegal documentation and black marketeering, using his back street pawnbrokers as a front for these operations. He is also a demolition expert, thanks to time served in the French Navy.

Daniel Rennes owns and operates Rennes' Pawnshop in the Parisian Ghetto, a place where you can buy or sell "extra-legal" merchandise. Here, Lara can turn valuable items found in the Parisian Back Streets and Le Serpent Rouge into cold hard cash, as well as purchase weapons and items.

Rennes is also in business with Louis Bouchard and is expecting to take delivery of a Wad of Passports. But with the pressure he's feeling from the Monstrum killings, Bouchard has had a hard time getting the passports to Rennes. If Lara could deliver them, Rennes would know that she's legit. 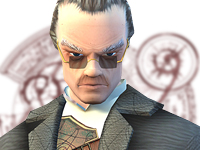 Early European texts mention an insane fourteenth century genius known as the Black Alchemist, who seemed to share many of Eckhardt's characteristics. Unsubstantiated reports have borne witness to Eckhardt being imprisoned for 500 years in a containment pit until he apparently escaped in 1945. After this supposed occurence, Eckhardt set about reviving an ancient biblical race known as the Nephilim. 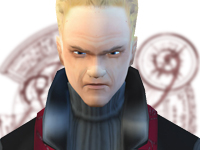 With a shock of white cropped hair, and a corporate legal mastermind within his furrowed brow, Joachim Karel's Paris office oversees the investments of a new world order known as the Cabal, as well as its recruitment drives. In addition, he takes particular delight in protecting his client's interests in the worldwide arena, and is a legal scholar not to be trifled with. 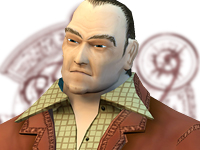 Looking every inch the gangland czar he claims to be, the wide-collared, slightly paunchy (but nevertheless imposing) Louis Bouchard is responsible for running illicit operations throughout the French capital. His jovial nature can snap into rage at the click of a synapse, and he has a reputation for large scale ruthless and opportunistic violence, despite never being convinced of a crime. 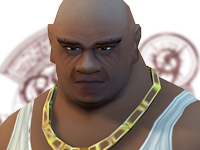 The massive physique of Anton Gris packs a considerable punch, and Louis Bouchard employs him as a coach and trainer within Bouchard's organization. Originally recruited in Marseilles, Bouchard encouraged him to relocate to Paris when illegal operations expanded into the capital. 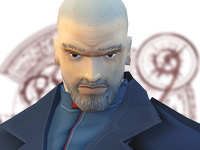 A veteran of countless conflicts around the world, Gundersen is now fully committed to running a clandestine organization known as the Agency. His organization, a thinly disguised mercenary recruitment service, provides specialized forces for anything from basic security to all-out invasions. He has been spotted in the company of Eckhardt. 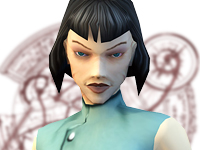 Originally based in Argentina, Boaz became the head of corrective and remedial surgery at the Strahov Psychiatric Institute in Prague - a facility of which very little is known. Subjects have been reported entering the building complex, but none have been seen or heard from since. One item to note: Boaz's already grimacing visage was horribly disfigured from scars she suffered after a horrific plane crash in 1987. 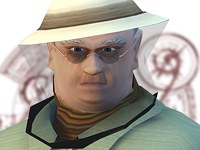 This portly man now has little time for amusement. Running the research programs for the dubious World Pharmaceuticals Commission takes up all his available time. Based in Rome, Muller also heads the botanical research wing of the Strahov Complex in Prague and has been seen conserving with Marten Gunderson on more than once occasion. Muller's considerable talents are currently giving local authorities cause for more than a little concern.