Sequel to the critically acclaimed Lara Croft and the Guardian of Light, and the first-ever four-player co-op experience with Lara Croft. Featuring stunning visuals and a brand-new story, players must work together to explore the temple, defeat hordes of enemies from the Egyptian underworld, solve devious puzzles, and avoid deadly traps. All the while, players will compete for treasure, powerful artifacts, and ultimate bragging rights.

Upon entering the tomb, Carter removes the mythical Staff from its resting place and inadvertently triggers a trap cursing them both and unleashing the evil god Set. But the staff also awakens the gods Horus and Isis, the son and wife of Osiris. Now free from their ancient prison, they join forces with Lara and Carter in order to resurrect Osiris, the only god capable of removing the curse.

As Lara and her companions fight their way across the sands and through ancient tombs, they will face gods and monsters of myth and legend. With the fate of the world at stake, Lara must uncover the fragments of Osiris to stop Set from enslaving all mankind. 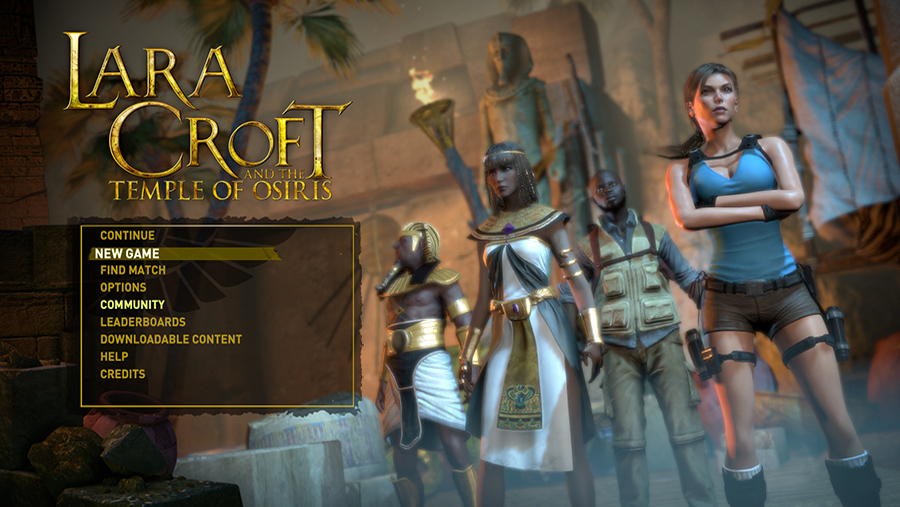