Expeditions are additional modes of gameplay in Rise of the Tomb Raider. Each mode allows you to play Expedition Cards to modify your experience, and complete challenges for credits, which can be then used to acquire additional cards. In the standard edition the Expeditions you are able to play include Chapter Replay, Chapter Replay Elite, Score Attack, and Remnant Resistance. 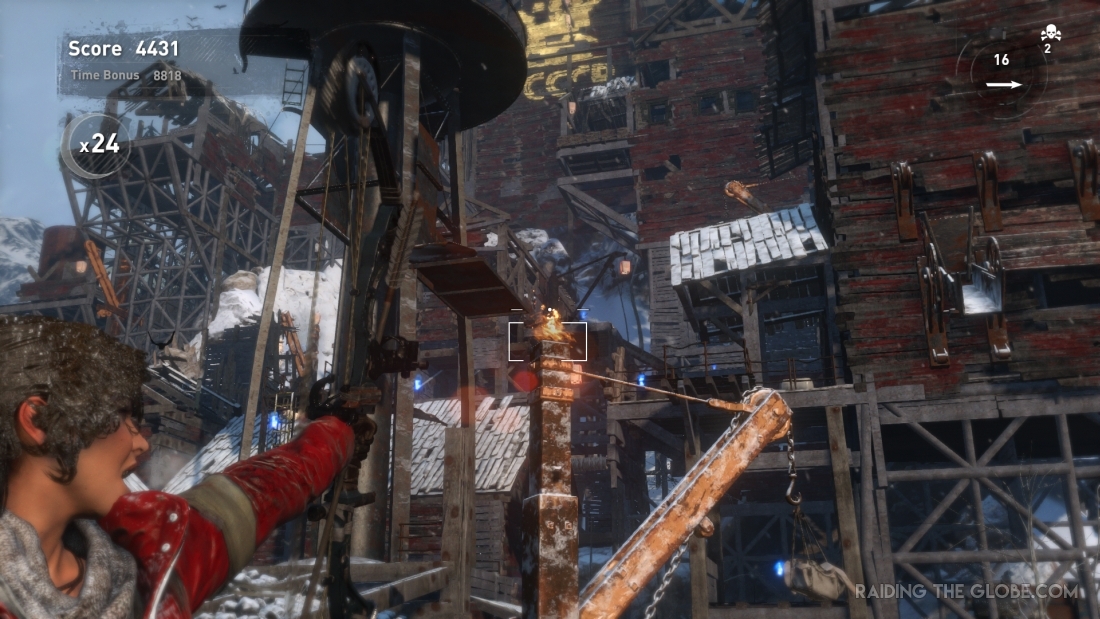 Score Attack adds an arcade-inspired twist to Rise of the Tomb Raider. In Score Attack, you play through the chapters of campaign attempting to get the highest score you can.

The following give you points in Score Attack:

You can look at Score Attack leaderboards and see how your friends or the community have scored per chapter. You can bring up the details of a player's performance, including their kills, deaths, and what cards they used. If you think you can do better than they did, you can challenge their score, which costs a small value of credits per card the player used. This way you can challenge your friends’ scores, even if you don’t have the cards they used. 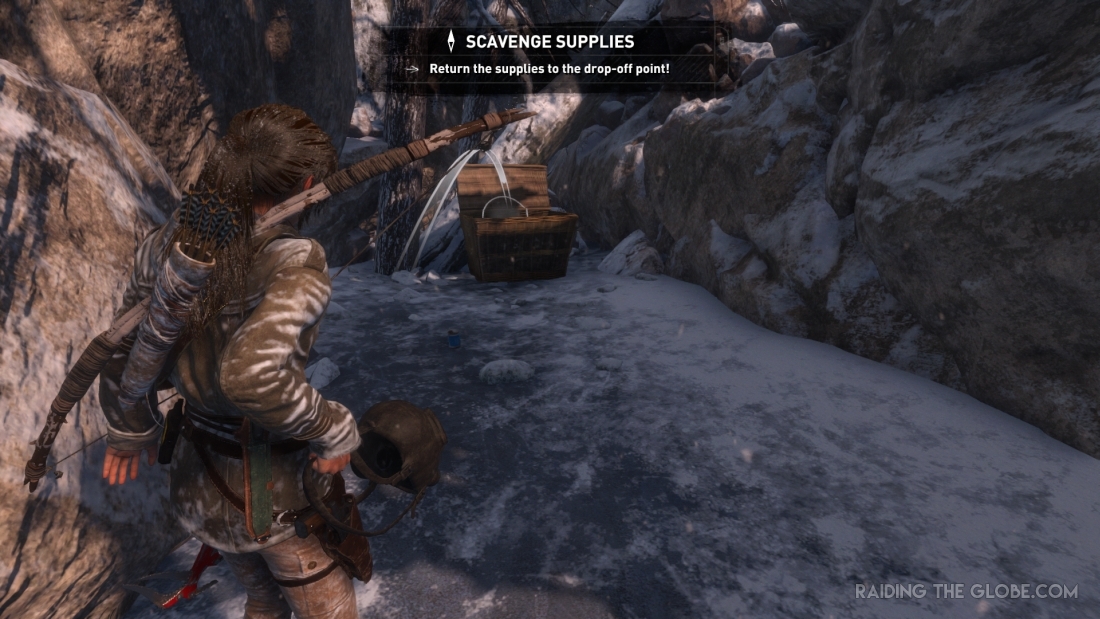 Remnant Resistance is an objective-based challenge mode that is played in Rise's large "hub" spaces. You can choose to play existing Remnant Resistance missions made by your friends and the Tomb Raider community, or create your own mission. A Remnant Resistance mission is composed of 5 objectives, which can involve things like taking down a high value target, collecting intel documents, hunting animals, and more. Additionally, as the creator you can set Lara up with the costume and weapons of your choice, as well as apply up to five of the standard expedition cards as well. Lastly, you can choose where the challenge takes place, at what time, and what weather is active.

The harder the mission, the higher the reward (in credits). However, you must beat your own mission for it to be posted to the leaderboards. Difficulty can vary from objective to objective. For example, a normal difficulty objective to rescue hostages, followed by a high difficulty objective to take down a bear. Players familiar with Hitman: Absolution's Contracts Mode should feel right at home in Remnant Resistance.

In Rise of the Tomb Raider, you'll earn credits by completing challenges and exploring the world. These credits can be used to purchase Expedition Card packs. When used, Expedition Cards become modifiers in the extra game modes detailed above. Some Cards are humorous, such as Big Head Mode, while others can increase the challenge or give you special advantages. There are two types of Expedition Cards: Foil and Common. Foil Cards offer the strongest or strangest variations and can be used as many times as you wish. A Common Card can only be used once, and you'll need to earn more credits to buy it back. Expedition Cards offer hundreds of ways to customize your Rise of the Tomb Raider experience. Uncover, unlock, experiment, and enjoy!

The majority of cards are consumed once you've completed a mode. If you've created a Score Attack mission that is too difficult to complete and choose to quit, you won't lose your cards.

You can get cards in several ways:

The "base" card packs:

There are many ways for you to earn credits to use in Rise of the Tomb Raider’s Expeditions:

There are additional ways to earn credits in Rise of the Tomb Raider, ensuring you always have enough cards to experiment and challenge your friends in Expeditions.

Challenges are an additional method of earning credits available to people playing Chapter Replay, Chapter Replay Elite, and Score Attack. Each chapter has a selection of challenges that can be selected, and the player can go into a session with up to five challenges active. Completing a challenge nets the player credits, with the amount of credits earned depending on the difficulty of the challenge.

Once a challenge is completed, a short period is required before a challenge can be repeated. If a challenge is failed, the challenge will remain available for another attempt and can even be attempted by restarting the chapter from the pause menu.