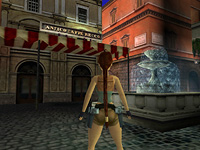 Starting on the streets of Rome we can learn the basic controls of the game. The first part is mostly searching items and solving puzzles but as going further some tough enemies will appear. We get to meet some old friends: Pierre and Larson want us dead - until they will find it wiser to flee. They were present in the first Tomb Raider game in 1996, too. In the Colosseum Lara acquires the Philosopher's Stone. 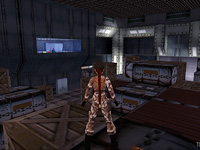 Lara infiltrates to a russian base then follows the traces of an ancient artifact which is located on the bottom of the sea. This chapter contains more difficult puzzles and some tough situations like being left alone undersea after an awful accident where oxygen becomes the most valuable thing. We won't miss fighting either while discovering the whereabouts of the Spear of Destiny. 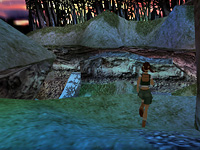 We get into some spooky adventures with the teenage Lara. One of the most interesting parts of the game since we have to complete three levels without any weapons. There won't be tough enemies of course so we can solve it by using logic and common sense. We will meet a demon who seems to be a hung man and asks for his heart back, some spirits of monks, invisible skeletons, werewolves, imps and a possessed horserider who keeps Father Dunstan in terror. 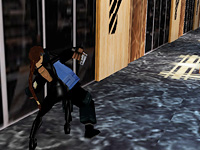 One of the most beautiful, yet the hardest and most eventful part of the game. We are after the Iris which could be seen at the beginning of Tomb Raider: The Last Revelation. Von Croy almost died while getting this artifact and keeps it well protected in his hi-tech complex. At most parts it is practical to be stealthy and at times creeping seems to be the best strategy. At one point we will have no weapons except for a tissue, drenched in chloroform. If this isn't surprising enough we will get some more by having a helicopter shooting at us or meeting aggressive androids. A friend named Zip is going to help us through our headset.