The storyline is told with stills and written dialogues.
Lara is invited to Moscow by her scientist friend, professor Igor Bowmane. He wants her to find the legendary Nightmare Stone which is located somewhere in the jungles of Amazonas, in Central America. Her first task is to find an ancient inca-maya-aztec temple. Inside the dangerous stone there is an evil spirit - Quaxet, who was once a vicious emperor. Another friend of the professor's, named Illiat organized the expedition and waits for Lara at the site. However, when Lara arrives, Illiat has been disappeared and she sees that the camp has been revaged as well. She walks to the entrance of the temple and before going inside, she yells: "Hang on, Illiat, I'm coming!" 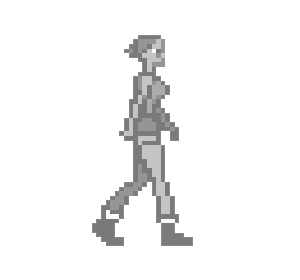