The team of Core Design had split to two parts after Tomb Raider IV. Some of them started working on the fifth episode while others were already on the project of the Tomb Raider: Next Generation.

Chronicles’ main objective was to entertain the players and keep them active while the crew of Core was working on the new Lara.

The game engine already reached the limit at the time when TRIV was released so this game wasn't about huge developments, rather a farewell of an era, telling a few more stories of Lara's past.

The story continues at the point where the past episode ended. Lara's friends are meeting at the mansion: Winston (Jeeves?), Father Dunstan, and Jean-Yves (!!!). They discuss the past deeds of Lara.

At this point the timeline of the classic era is clarified:

The new adventure had its novelties.

Improvements in the palette of movements: searching through shelves and drawers for goods, swinging on poles, walking on ropes, and a bit of close combat: once Lara has the opportunity to knock down a chef and she handles a few hostiles with chloroform.

Weaponry: most of them are imported from the previous game(s), except for the HK Gun and the Grappling Gun to shoot ropes.

Her wardrobe includes the young Lara's and the basic adventurer outfits, fresh camouflage and the return of the catsuit – which was a modified version of the one in TRIII. An annoying phenomenon was fixed, too: pistols were now visible in the holsters.

Timex–TMX was a new inventory item to check on our statistics. A flashlight was implemented dedicated to VCI levels – it was deleted during the test phase.

Lara's voice actress was chosen to be the lovely Jonell Elliott again, however, Lara's voice was different in the game's trailer.

finding secrets players could have unlocked extra contents like the movie trailer of the first Tomb Raider film. In the final version it was changed to the trailer of Tomb Raider: Next Generation so we could obtain some information about the game under development.

During the last months the team patched up things here and there: levels were improved and they changed Jean-Yves to Charles Kane (just look at the character sprite, it's the same apart from his clothes, thinning hair and beard).

In November of 2000, the game was published. Unfortunately this episode was the least selling game in the series' history. They've left another test level on the final CD this time too, check it out here.

And let's mention something revolutionary in the franchise's history. Tomb Raider V: Chronicles had an extra CD, a present for hardcore fans: a level editor. Thousands of unique and entertaining fan-made levels were born. Probably this was the biggest and most heartwarming surprise for the fandom ever. 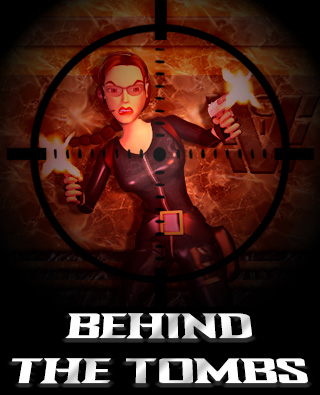