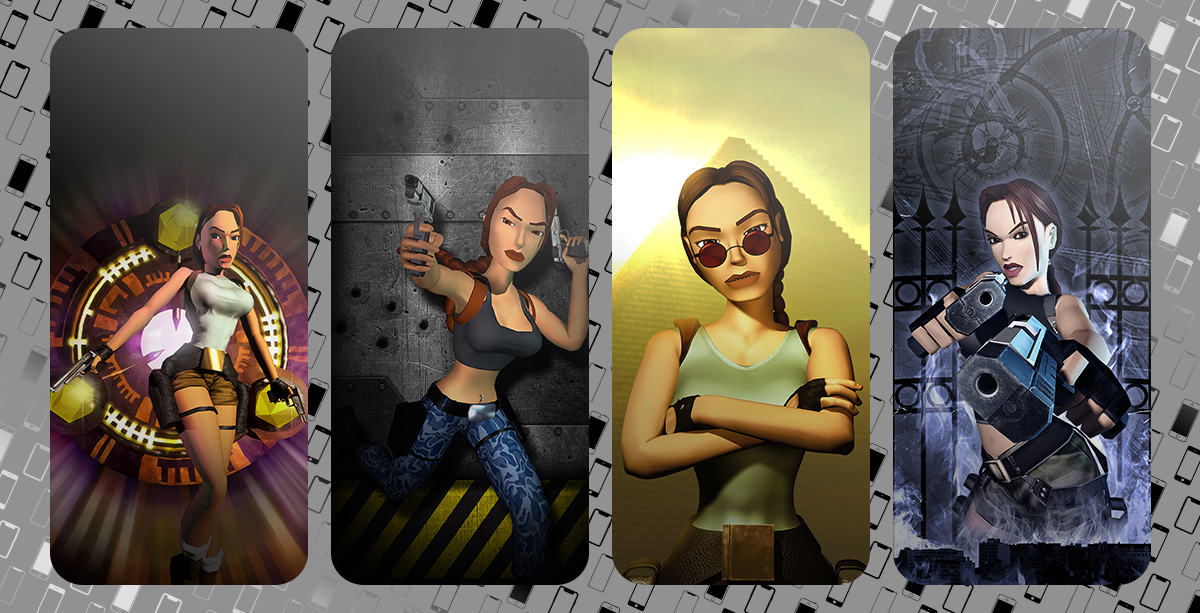 We remastered, upscaled, remixed, and remade Core Design's original renders and wallpapers to bring you a total of 107 wallpapers from Tomb Raider 1, 2, 3, The Last Revelation, Chronicles, and The Angel of Darkness for your mobile devices. We hope you like them as much as we enjoyed making them for you! 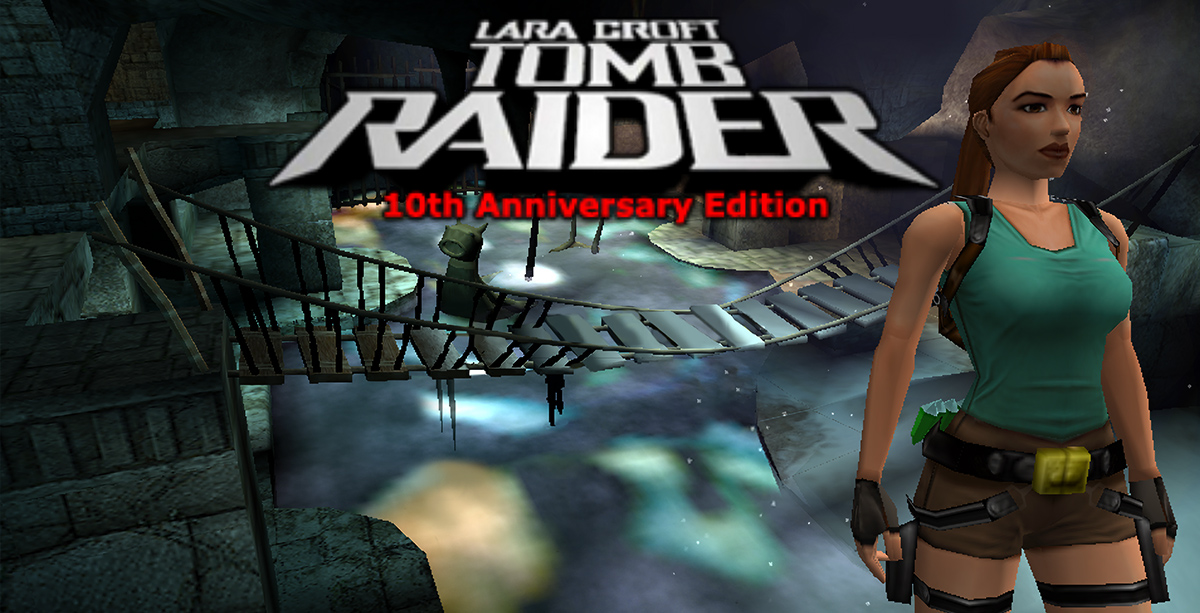 First, back in June of 2006, a trailer leaked online that showed some snippets from a remaster/remake of the very first Tomb Raider (1996) game. It was branded as Tomb Raider: 10th Anniversary Edition, developed by Core Design (the original team). The game was running on PSP and used the Free Running (another title by Core) engine. They had a fair chunk of the game done.

SCi had purchased Eidos in 2005, and in mid-2006, Core Design was picked up by Rebellion Developments, but the Tomb Raider property stayed with Eidos/SCi. So technically 10th Anniversary Edition was being developed by a third party.

When the trailer surfaced, SCi immediately released a statement, confirming the game was official but cancelled.

However... in that time Crystal Dynamics also worked on their remake (Tomb Raider: Anniversary) of the timeless classic, while they had no idea about Core Design's version.

...Core Design's Tomb Raider: 10th Anniversary Edition's unfinished game assets are available for everyone as a reskinned Indiana Jones game and as a National Treasure game.

But... thanks to our incredible community (especially to Ash from Tomb of Ash, Gh0stBlade, XProger, Nakamichi680, Angel in the Dark, N.Chabb, and many other, talented fans), after nearly 15 years we are now able to explore this cancelled gem.

All you have to do is to visit the Internet Archive and follow the instructions to get the game patched and playable (as Lara). (Note: you'll also need a controller.)

The current build of Tomb Raider: 10th Anniversary Edition (25th of July, 2006) was about 8 months away from being finished when the development was turned over to the Indiana Jones-build.

While this early alpha version is being restored, you can roam, climb, jump and "hack" through the levels by yourself or watch our gameplay videos below to get the idea about what was Core Design aimed for with this remaster/remake.

Shadow of the Tomb Raider is Free via PlayStation Plus 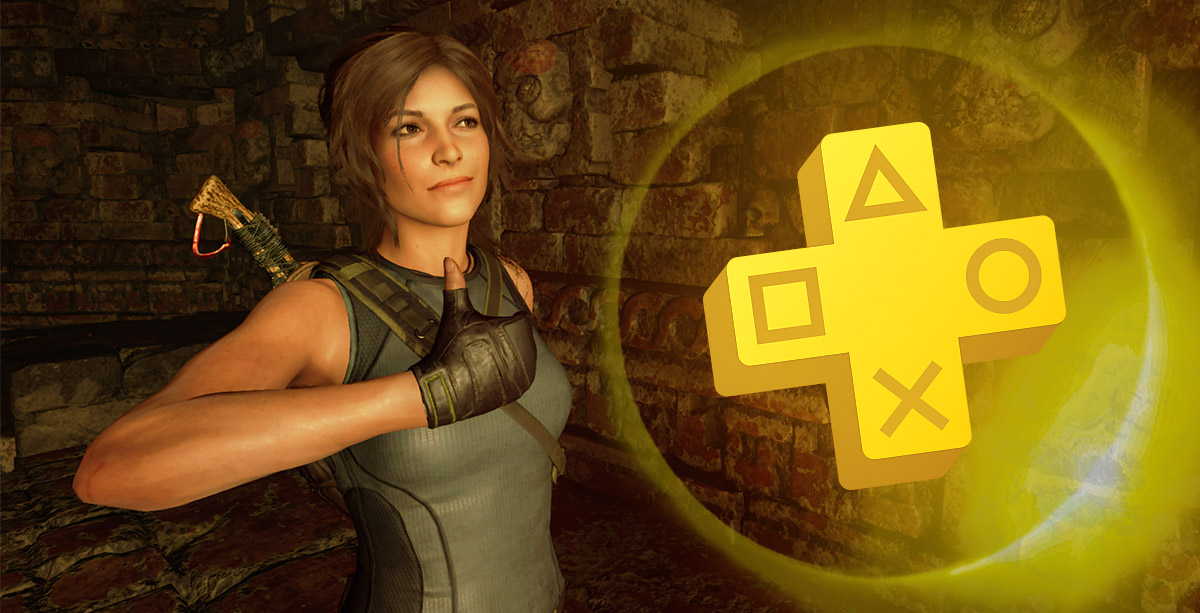 If you're a PlayStation Plus subscriber, then from today (5th of January) until 1st of February Shadow of the Tomb Raider (standard version) is downloadable for free on PlayStation 4 (PS5 compatible) along with Maneater (PS5), and Greedfall (PS4). 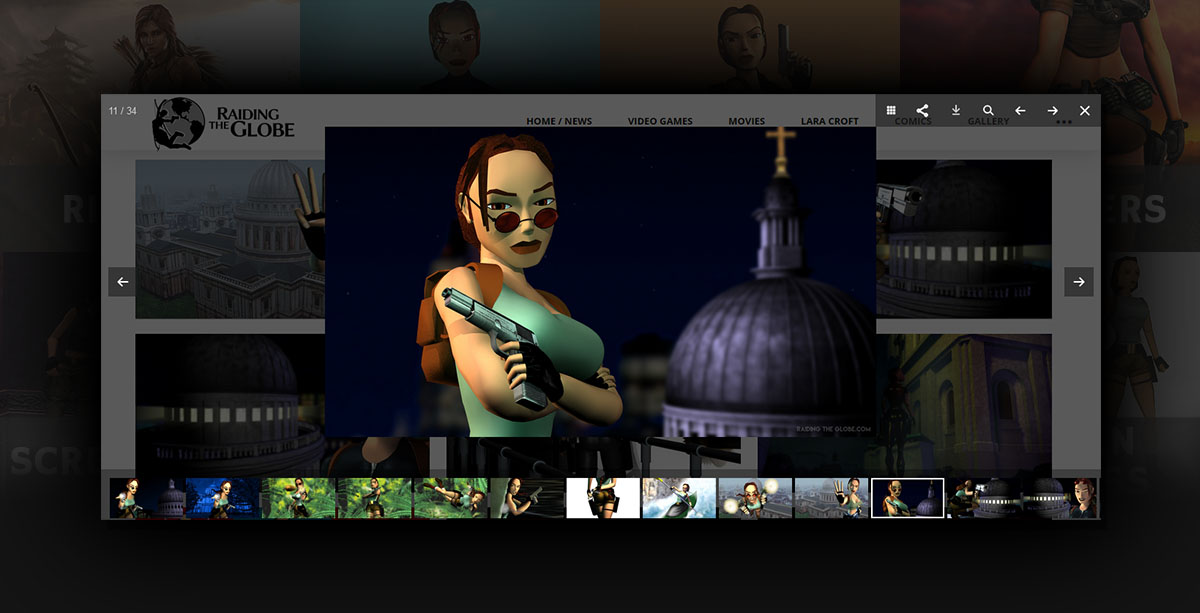 Dear Raiders, we have some awesome news for you!

In the past few weeks we successfully made some updates on our website's one of the most important and beloved features: the gallery "function".

But wait... what does it mean exactly?
Well... we migrated over 9000+ pictures to a brand new, more stable system that now allows the followings:

Moreover, we also made some touch ups and reorganizations on the galleries' pages.

We really hope you'll be enjoying all these changes! 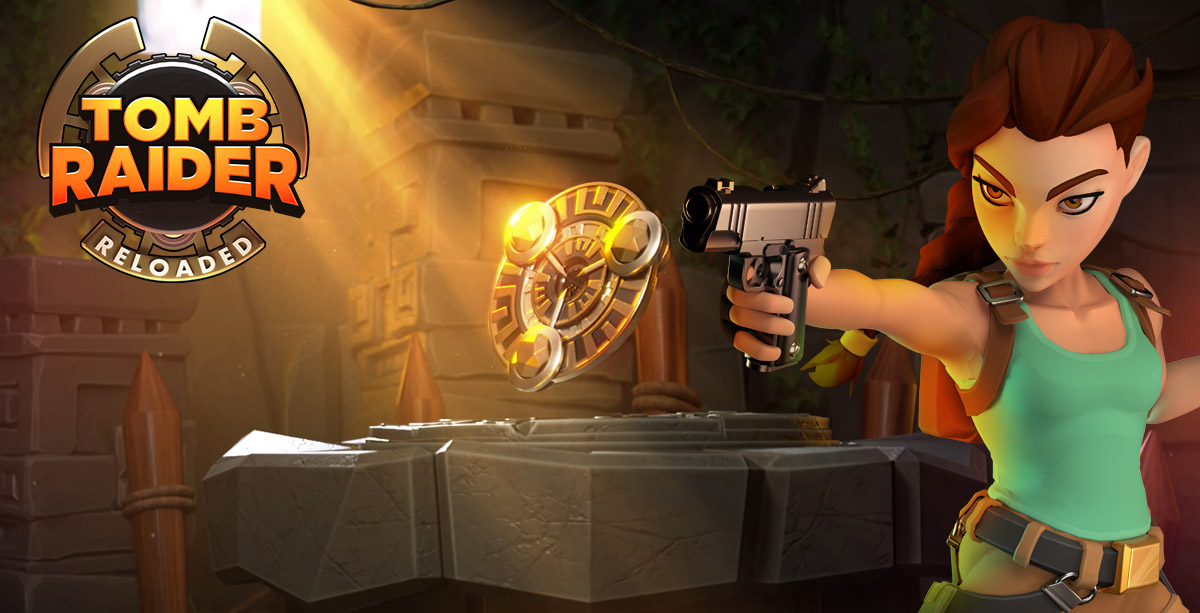 While we don't know much about this game just yet, we received an official Q&A from Crystal Dynamics that you can read below the teaser trailer.

Who is the developer of this Tomb Raider Reloaded?

What is Crystal Dynamics involvement in Tomb Raider Reloaded?

While Crystal Dynamics is not directly involved in the development of Tomb Raider Reloaded, they have been working closely with Emerald City and Square Enix to ensure it delivers a great Tomb Raider experience.

What kind of gameplay can we expect in Tomb Raider Reloaded?

Tomb Raider Reloaded is an action-arcade game for mobile. They will have more information on gameplay specifics at a later date!

What type of mobile devices will Tomb Raider Reloaded be published on?

Tomb Raider Reloaded will be available on both iOS and Android.

When will Tomb Raider Reloaded release?

Tomb Raider Reloaded will soft launch soon in certain territories. The full launch will be in 2021 – they will have specifics at a later date! 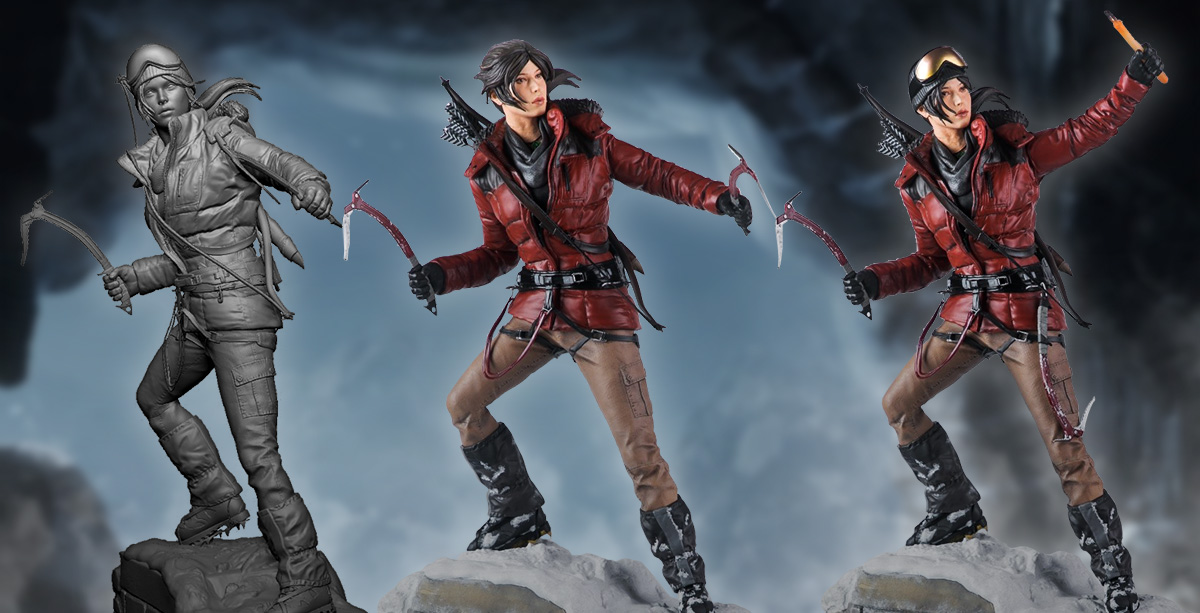 Gaming Heads proudly presents the 20-inches tall Rise of the Tomb Raider statue - the fourth piece of the statue collection for the 20th anniversary of the franchise! This strictly limited Lara in her red expedition jacket is now available for pre-order in three different variations!

Rise of the Tomb Raider is Free via PlayStation Plus 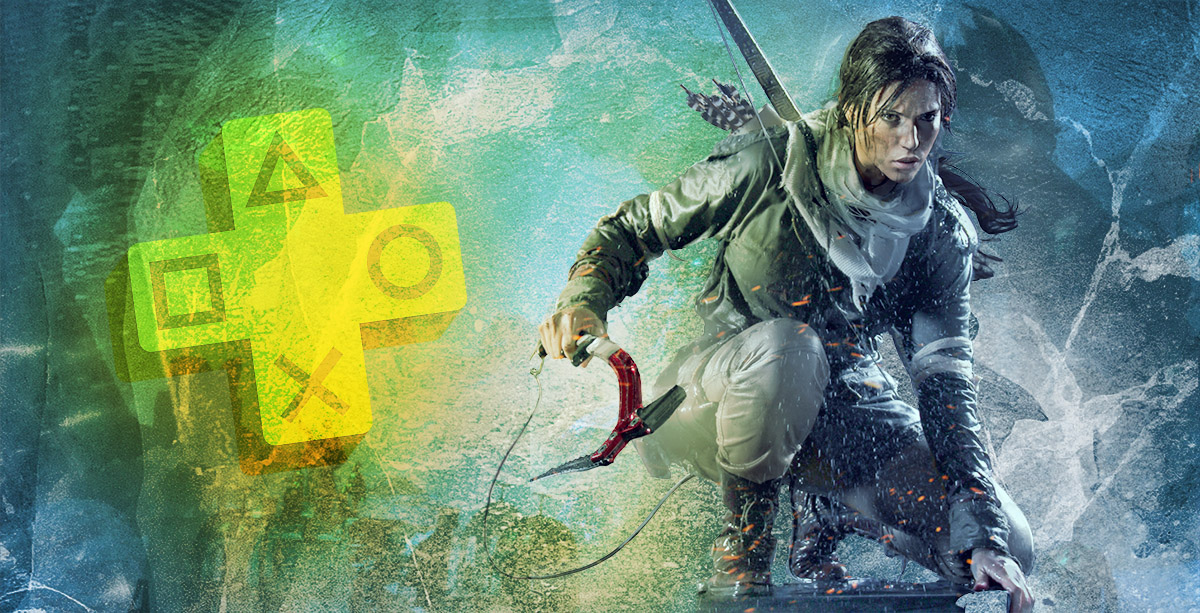 If you're a PlayStation Plus subscriber, then from today (7th of July) until 3rd of August Rise of the Tomb Raider: 20 Year Celebration is downloadable for free on PlayStation 4 along with NBA 2K20, and FMV adventure Erica.

We remastered, upscaled, remixed and remade Core Design's original renders and wallpapers to bring you a total of 174 wallpapers (so far) from Tomb Raider 1, 2, 3, The Last Revelation, Chronicles, and The Angel of Darkness in HD (1920x1080). We hope you like them as much as we enjoyed making them for you!