Behind the Tombs #1 - Tomb Raider I, Featuring Lara Croft

The whole saga of the Tomb Raider series started in 1993, when Sony revealed a new and promising console, the PlayStation. Core Design game studio, situated in Derby, England, wanted to create an original game of the era: action-packed with ancient Egyptian tombs and Aztec temples. Their goal was an interactive action movie, where the protagonist is searching for artifacts while being surrounded by traps and enemies. The idea was specified, but they still needed to figure out a hero.

Originally, they had no doubt that the main character is going to be a man. So, the first plans revealed an Indiana Jones-copy but without a whip. Of course that was not exclusive enough so they continued searching for the ideal protagonist. 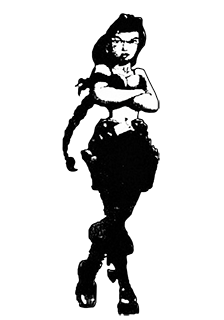 The next week, Toby Gard graphic designer handed in a concept. What if they would simply change the hero's gender? He started to create the image of a sexy woman. The first characteristics were her long, braided hair and her athletic figure. Since she was destined to be an adventurer, she got a backpack. Following that she got her hiking boots and then her double holsters on her thighs to make the character more interesting. On the first designs she even had earrings and a necklace...

The developer team loved the idea.

So, the work continued on by making this lady lifelike and lovable. The results showed an independent, intelligent, strong, and attractive British aristocrat who is abstinent, never smokes, however, is still badass. She can handle guns and an experienced fighter. And gets what she wants at all costs. They wished for a heroine that all players, men and women can identify with. While men will try to protect her and survive the difficulties, women would find themselves in the role of her.

Her name was decided: Laura Cruz.

But that was not the perfect one yet. Americans couldn't pronounce Laura, they said Lara instead. It decided her first name (Lara Cruz). Then, there wasn't everything OK with Cruz: Core Design wanted a more British surname. The team was searching for the name in a phone directory and they listed lots of names. Then they decided on Croft.

That's how Lara Croft was born.

As time passed by, ideas and stories came to life as well. (On the pictures and videos you can see prototypes of the game).
At the beginning level editors designed huge halls. Two-directional aiming and Lara's braid instead of a bun were in the gameplay, too. (As revealed later, two-directional aiming and the braid were deficient by then without any hope to fix them and they were left out of the final game eventually.) Original gameplay involved flashlight, dynamites, and even a diary, but they were taken out despite the demo shown during E3 of 1995/1996, where these features could be seen by then. Next, they refined animations until everything seemed correct – in early (alpha) versions Lara's jumps were huge, she held her guns oddly and could only shoot if she was aiming at something, otherwise she couldn't. The final product was finished by cultivating sound effects and FMVs until the last minutes, until the miracle was born. 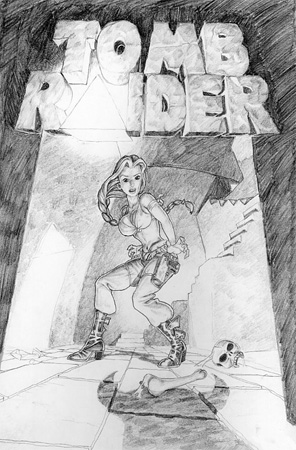 t the end of 1996, Tomb Raider was published (first on the Sega Saturn on the 25th October 1996, shortly followed by a PlayStation version in November). People bought crazy amounts of the game. (Until nowadays, more than 7 million copies were sold!) Those were the times when someone bought a PlayStation or improved a PC for the sake of Tomb Raider. Everyone was talking about it. Not only the game itself, but Lara. People were so interested they wanted to find out if she is real or if she is only fictional.

Since the game started a huge hype, the idea of a sequel wasn't a question…

Later on, in December of 1998, expansion of Tomb Raider 1, the Unfinished Business launched. New levels and the completion of the first episode's story arrived.

In 2003 the game was ported for Nokia N-Gage phones under the name of Tomb Raider: Starring Lara Croft. Because of the trends going on by then, the adventure featured different version of Lara Croft: she was dressed as herself in the Angel of Darkness. Multiplayer mode was introduced: players could compete about who can accomplish a level faster.

In 2013 and 2015 the original game and its expansion Unfinished Business have been released for Android and iOS devices. These ports came with HD textures, achievement supports, audio fixes, and other upgrades. (Since then the games have been removed from the stores.)

>> You can learn more about the early version of Lara and the game in the very first version of the game design document from 1994! << 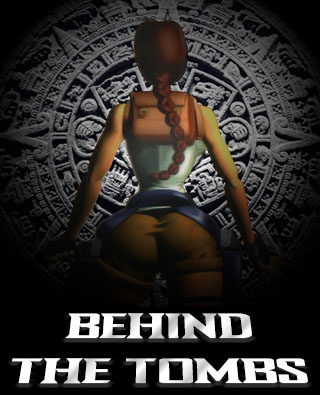