As it was revealed in our previous article, Tomb Raider was an overwhelming success and there were no doubts about the sequel.

As soon as Core Design finished Tomb Raider 1, they was already planning on the second episode. Toby Gard (creator of Lara Croft) has left the team, because he was disappointed about Lara's new fame as a sex symbol... However, game development didn't stop and the story started to focus on an ancient Chinese artifact, the Dagger of Xian. 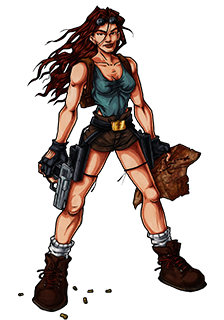 The level construction started with Tomb Raider 1 engine and Lara from the first episodes, with her usual armory. Even the life bar was the same as in the first game and the compass was there, too. At the beginning it is likely that they were planning on keeping the original in-game model of Lara, according to concept drawings. Different outfits were in sight, regarding snowy and underwater scenes. First, the jacket was designed – which was originally really similar to Pierre's, then the diving suit with its yellow and black colours. During the development process Lara finally got her fixed braid, then herself got re-designed. Built with more polygons her figure became shapelier from head to toe. With a new Lara came all new moves: somersaults with mid-air turns and ladder climbing.

Revolutionary features came afterwards: vehicles (motorboat, snowmobile) and the flares. The flare is in contradiction a bit since its color is green on the renders but white in the game but it's understandable because the engine only knew white and black colors.

The "final" scenes were stated to be China, Venice, Titanic (yes, your eyes are fine :)) and Tibet.

Lara's armory has been extended, too. Pistols, Shotgun, and Uzis known from the first game stayed with the sequel, but Automatic Pistols, Harpoon Gun, M-16, and Grenade Launcher were added.

During the development Lara's jacket and diving suit were modified, so were Lara's voice and the environment's sound effects. Titanic was renamed to Maria Doria. 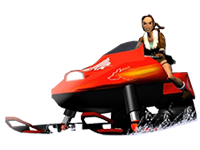 The summer of 1999 gave players another extension: The Golden Mask, with five new levels, located on the Bering Sea with a quest to acquire Tornarsuk's Golden Mask. The era of Tomb Raider 2 was finished.

A few years ago the game was ported to iOS and Android with refined textures, achievement supports, audio fixes, and other upgrades. If you are interested, you should have a look. 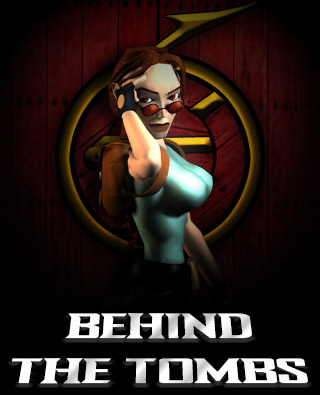