Tomb Raider: Curse of the Sword Storytelling is similar like in the episode before. Briefly...

After a short and vague retrospection into the past - a few hundred years prior, actually - we can see Lara with her friend, the historian Jane in the Museum of Antique of New York, looking at an old sword on a warm and sunny afternoon. This object is the Sword of Paveaux - they found it in a shipwreck and rumours say it can revive the dead. Suddenly a gang of robbers appear and they take the sword with them. What could be their motive? Lara rushes after them and reaches the helicopter on the rooftop but she can't stop the cult leader escaping with the treasure. This person cuts her and puts a curse on Lara with the sword. Lara's quest is to save her own soul and to prevent the Dark Queen's cult from reviving their once commander, Paveaux and their final goal - summoning the Dark Queen herself. 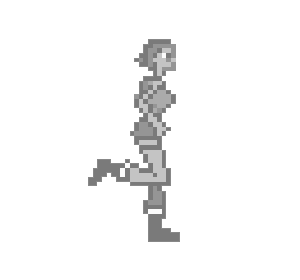