Behind the Tombs #7 - Tomb Raider: Legend

In 2004 Eidos announced that they took the development rights from Core Design in favour of the American Crystal Dynamics (known for Gex, Blood Omen, Legacy of Kain: Soul Reaver, etc.). That was an utter shock moment for the fans of the series and they wondered: "What is going to happen with Lara and her adventures?"

However, believe it or not, Gavin Rummery, programmer of Team Tomb Raider at Core Design said this step was not only a heartbreaking moment - it was, in fact, a relief and a blessing at the moment.

Because they felt that since the very first few Tomb Raider games they couldn't bring any big hit novelty to the table. They were praying for a new project and wished to never see Lara again - but Eidos, understandably, put the pressure on Tomb Raider and the team.

Probably Tomb Raider: The Angel of Darkness was the project that drained all the happiness from Core Design. They had little time and very few crew members for the ambitious game - they would've needed a few extra months to complete development since they had only 35 people on the task.
Eidos gave the rights to Crystal Dynamics, so in a way they are the ones who saved our favourite franchise for us.

While the fans were anxious to know something, anything about the future of Tomb Raider, the new developers were nervous about deciding Lara's fate. 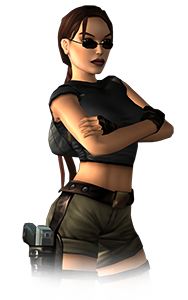 At first they had some ideas in mind about continuing the franchise with the tone of Tomb Raider: The Angel of Darkness as you can see the pictures below. In the end, this thought was terminated because the crew thought it would be very unfortunate to pick up the trail of an episode that caused the demise of the series. They tried to modify bits of the story here and there to the point where something completely new was born. A familiar person also joined the team: Toby Gard, creator of Lara Croft.

"When I arrived here, I knew everyone was expecting something more modern, more up-to-date for the next game... I think that people kind of realized that they needed to have a clearer idea of how to use the character, and that's certainly something I can bring them... When I came in my goal was to shake things up a bit." - Toby Gard (PSM #97, May 2005)

Then, Toby and the team at Crystal Dynamics hit us with the big news: key informations, even screenshots appeared all around the globe. The new game was named Tomb Raider: Legend and as it can be seen, they completely reformed the game with almost no resemblance to the classic engine. The title was new in every detail, everything worked and looked different, even ingame physics. 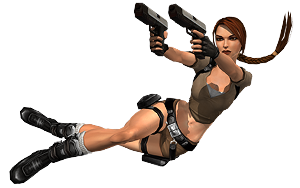 Lara became more "realistic" and fluid than ever, gained new inventory with gadgets like a headset, grenades, flash grenades, PLS (Personal Light Source), PDA, a magnetic grapple and so on. At first she had the familiar braid, not the ponytail like in the final version.

Lara's headset was one of the main changes of course. Who are she communicating with? It was revealed soon that Zip (from Tomb Raider V: Chronicles) and Alister (a new character) were on the line.

Fans even debated who is the voice actress for Lara. There were guesses for Rachel Weisz until it was made official that in fact, it was Keeley Hawes.

At the time it was almost impossible to follow their work with Tomb Raider because it was something completely new to the developer team, too. But hereby I try to collect the elements they changed drastically or got rid of completely upon reaching release: 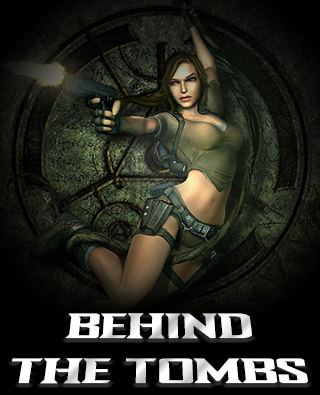