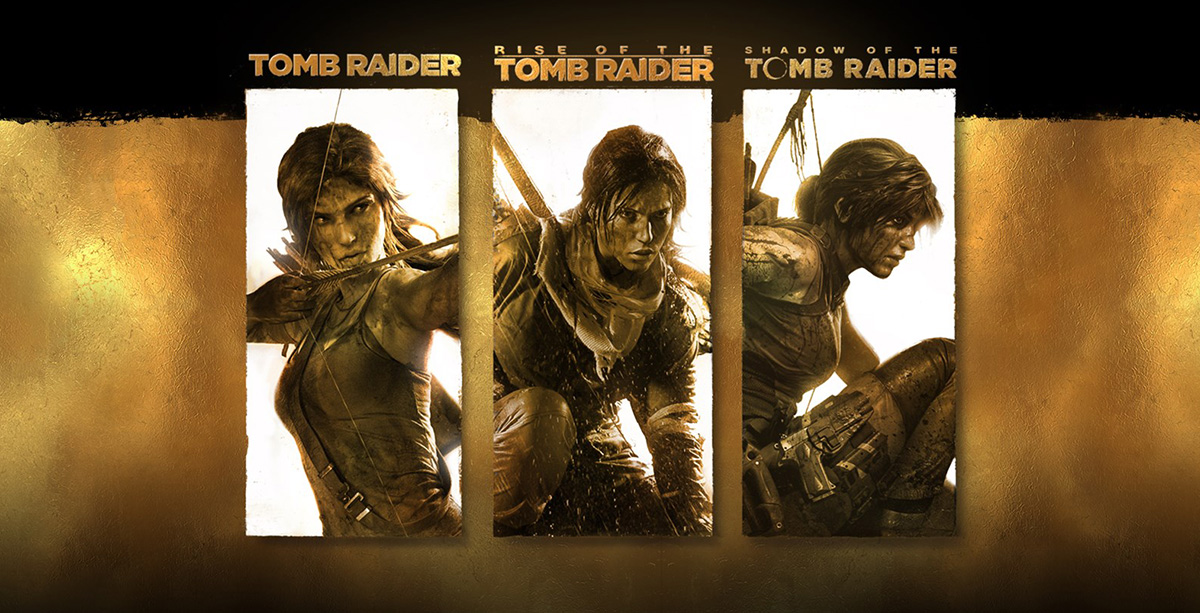 [Please note that this bundle is 4K Ultra HD and HDR10, but no next-gen enhancements have been made.]

Tomb Raider: Definitive Edition was developed in tandem United Front Games and Nixxes, who worked with core Crystal Dynamics team members and assets to rebuild Tomb Raider from the ground up for current-gen consoles.

The team didn’t simply up-rez the game, they pulled it apart and rebuilt it with obsessive detail and new technology, finally allowing us to reach a vision for the game that we always wanted. Now in native 1080P with TressFX hair rendering and a current-gen Lara model.

About Rise of the Tomb Raider: 20 Year Celebration:

Rise of the Tomb Raider: 20 Year Celebration includes the critically acclaimed Rise of the Tomb Raider, nominated for over 75 "Best Of" awards, in which Lara Croft becomes more than a survivor as she embarks on her first Tomb Raiding expedition to the most treacherous and remote regions of Siberia.

Rise of the Tomb Raider: 20 Year Celebration also includes the new "Blood Ties" single player content, VR support (Steam, PS4, and PS4 Pro), new Co-Op play for Endurance mode, "Extreme Survivor" difficulty setting for the main campaign, 20 Year Celebration outfit and gun, and 5 classic Lara skins. Plus... all of the previously released Downloadable Content: Baba Yaga: The Temple of the Witch, Endurance Mode, Cold Darkness Awakened, 12 outfits, 7 weapons, and 35 expedition cards. With over 50 hours of gameplay, this is the most comprehensive version of the award-winning experience.

About Shadow of the Tomb Raider: Definitive Edition:

Experience the final chapter of Lara's origin as she is forged into the Tomb Raider she is destined to be. Combining the base game, all seven DLC challenge tombs, as well as all downloadable weapons, outfits, and skills, Shadow of the Tomb Raider: Definitive Edition is the ultimate way to experience Lara's defining moment.

(This version will allow you to equip any outfit while exploring the Hidden City, potentially causing narrative inconsistencies.)