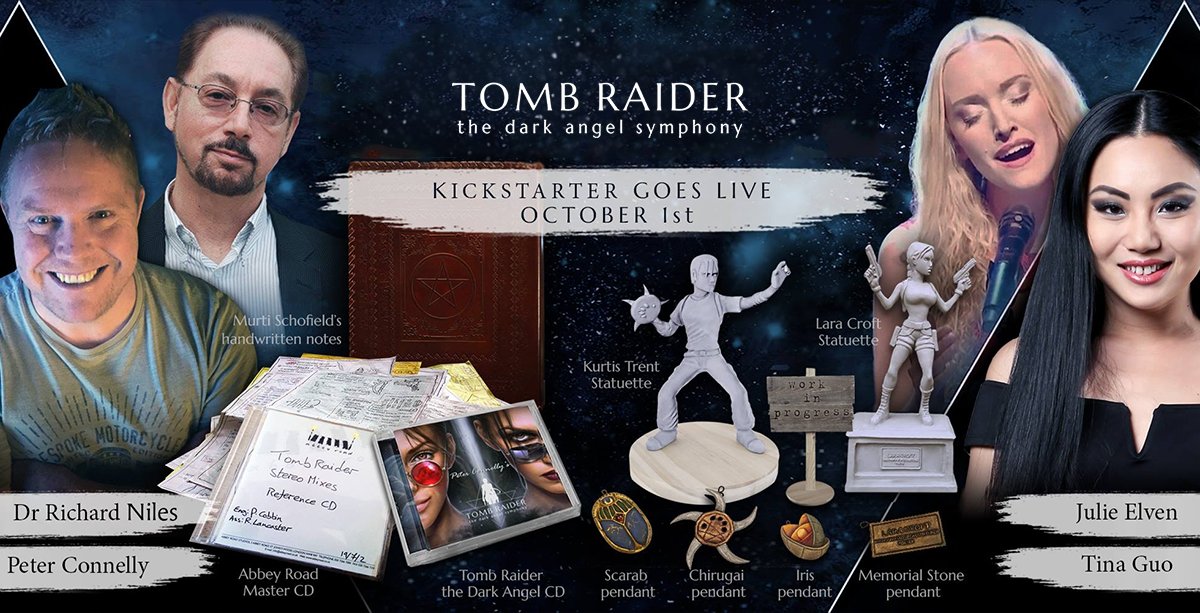 Peter Connelly (composer of Tomb Raider IV: The Last Revelation, Chronicles and Angel of Darkness) has launched his Kickstarter to generate funding for his newest project: to remake, extend, re-record his finest soundtracks as a top-quality studio album in collaboration with the finest arrangers and musicians.

Kickstarter is an online crowdfunding platform for creative projects. People ask for investment towards their project (in our case, a studio album called Tomb Raider: The Dark Angel Symphony) by showing off what they want to do, how they plan to do it, and what the “funding goal” needs to be to make it all happen. Individuals across the world can then donate money towards the project by “backing” a certain amount, called a “pledge”. These pledges include special goodies called “pledge rewards” – the more you donate, the more/better/more expensive the pledge rewards will be. In addition, each pledge “tier” includes everything that was in the tiers below it, e.g. pledge number 5 also includes everything that was in pledges 1–4 (unless otherwise stated.)

Money is only debited from backers if the funding goal is reached. In other words, it’s “all or nothing”.

Tomb Raider: The Dark Angel Symphony is a joint venture between a professional composer and famous names within the music industry, organised by a team of passionate Tomb Raider fans whose professional skills will help bring about this unique project. Our aim is to treat old and new fans alike to the finest musicians, sound engineers and arrangers in the world.

...to produce a studio recording of Connelly’s music with an 82-piece orchestra (including choir) hand-picked by Isobel Griffiths. Dr Niles will arrange Connelly’s music and Tina Guo will perform as a featured soloist on cello. This studio album will be recorded at the prestigious Air Lyndhurst Studios, London, whose state-of-the-art facilities perfectly match the album’s production requirements.

1st–2nd of April 2019 would be the ideal date for recording. Mixing and Mastering will be done immediately afterwards, and they are pencilling-in a summer release.

There is a once-in-a-lifetime opportunity to witness the orchestra performing and recording Tomb Raider: The Dark Angel Symphony LIVE at the famous Air Lyndhurst Studios, London. Meet the team and famous names including Dr Richard Niles, Tina Guo, Julie Elven, and Jill De Jong as she reprises her role as Lara Croft! This reward is limited to ten people per hour.

The Kickstarter website only allows one pledge per login. To allow for this Connelly's team has created Bundles to help fans pledge for a variety of items (like Digital Downloads, CDs, Vinlys, Score, Posters, Pendants, Statuettes, and more). To enable an extra copy or extra different pledge this can be achieved by using an alternative email address. This can't be helped unfortunately. It's just the way the Kickstarter site works. There is also a cost for p&p in addition to the pledge value. These costs are actual calculated costs.

Some of the Rewards: 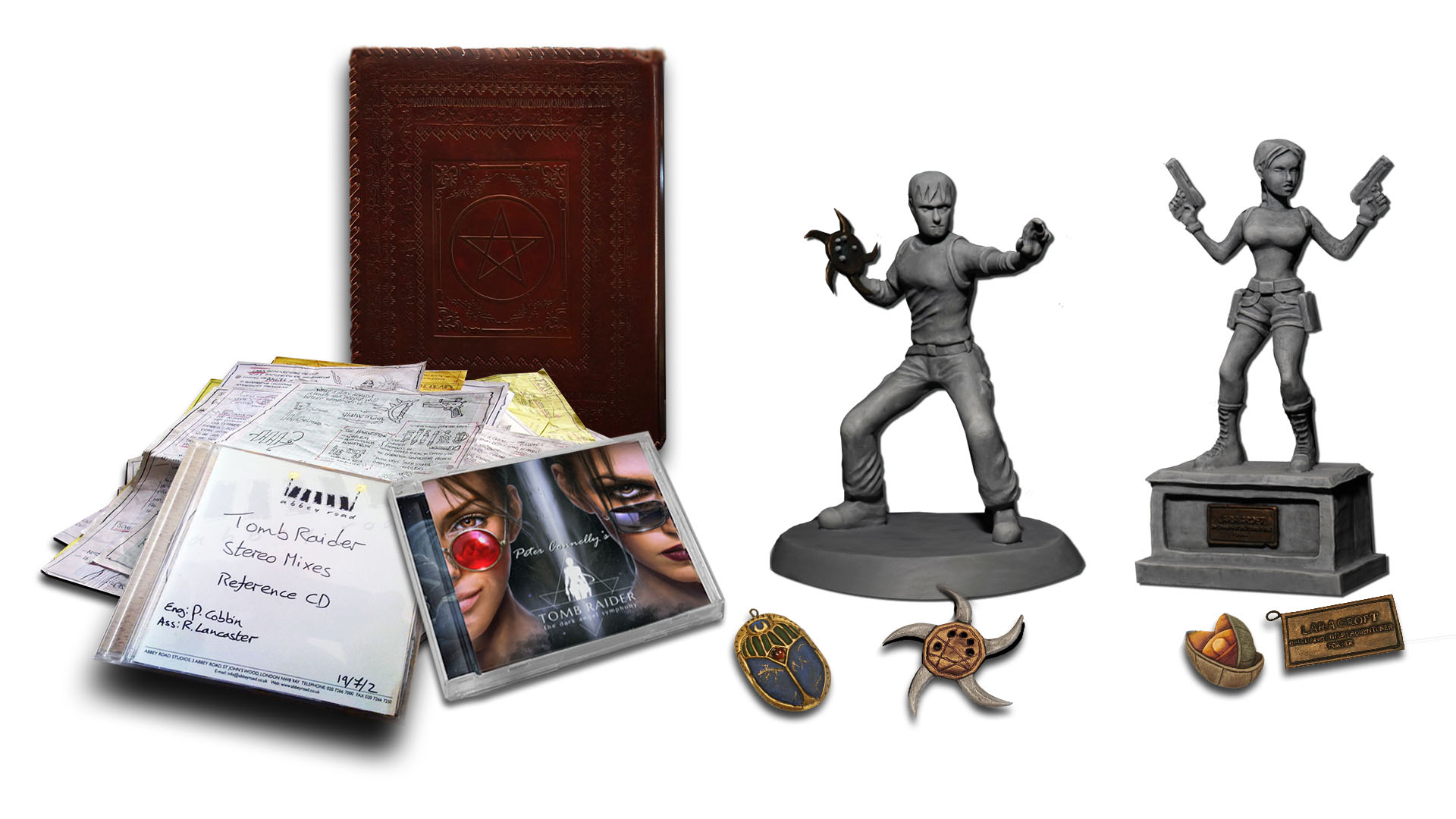