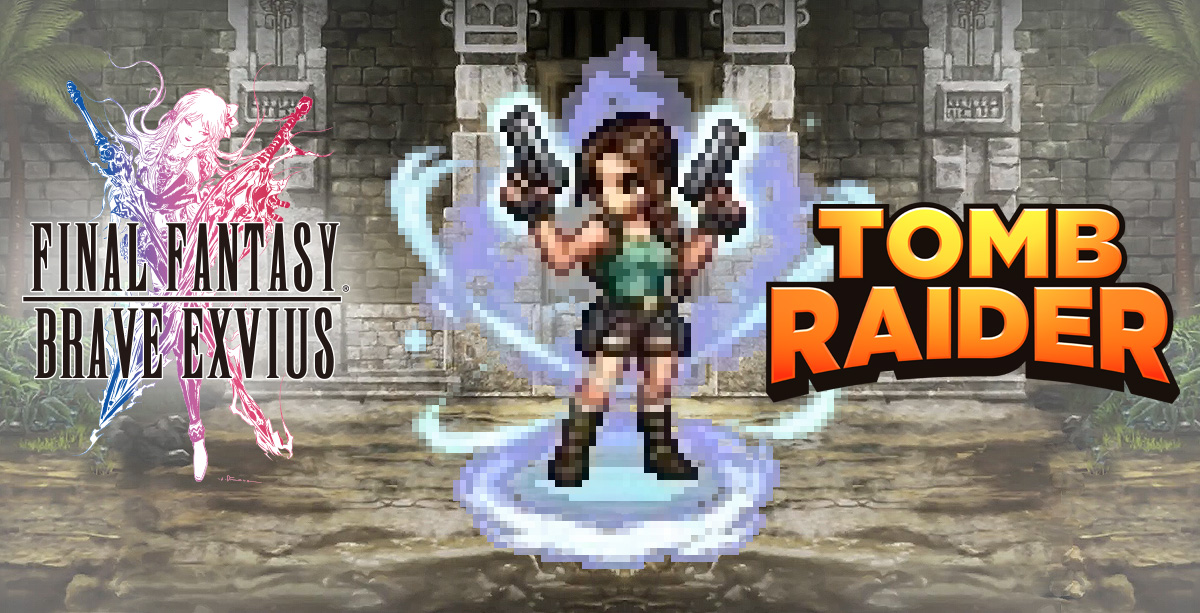 Square Enix and Alim have brought back Lara Croft to the free-to-play RPG Final Fantasy Brave Exvius to celebrate the Tomb Raider's 25th anniversary for a limited time starting today.

What is Final Fantasy Brave Exvius?

A free-to-play mobile role-playing game for iOS and Android devices. A spinoff of the Final Fantasy series. Brave Exvius is designed as a turn-based role-playing game, using elements from the Final Fantasy series with those of Brave Frontier, which in turn modeled their battle system from Valkyrie Profile. Similar to those games, the battle system consists of a simplified interface where players can command their characters to attack by touching the character's corresponding attack button. Special attacks, items, or defend can be used by swiping the button and choosing the desired command. (Source: Exvius Wiki)

Raid event, which is available between September 30th and October 20th.
This event is going to split into three parts:

Clear the events and complete the mission challenges to get rewards such as Lapis, EX Tickets 3, 4, or 5 star in Neo Vision as well as Ancient Gold Pieces as currency.
You'll be able to use these Ancient Gold Pieces to pull on the Raid Summon, but you'll also be able to get a number of relics from this Raid Summon which you'll need to craft one of the event exclusive equipment.

In this challenge you'll battle against T-Rex and as it is a daily challenge, you'll want to play it every day as you'll be able to obtain more Ancient Gold Pieces and Espers.

Battle against Jacqueline Natla in the second week of the collaboration raid event (from October 7th until October 20th).
If you'll clear this trial mission you'll be able to get your hands on the Atlantean Scion recipe, Scion Pieces, Kero Mug, Neo Vision EX Tickets 4 or 5 star, and more.

You'll be also be able to increase her damage output with different types of killers.

This vision vard is works as a standard vision vard, so it goes from level 1 all the way to level 10. It has three unlockable vision card abilities.