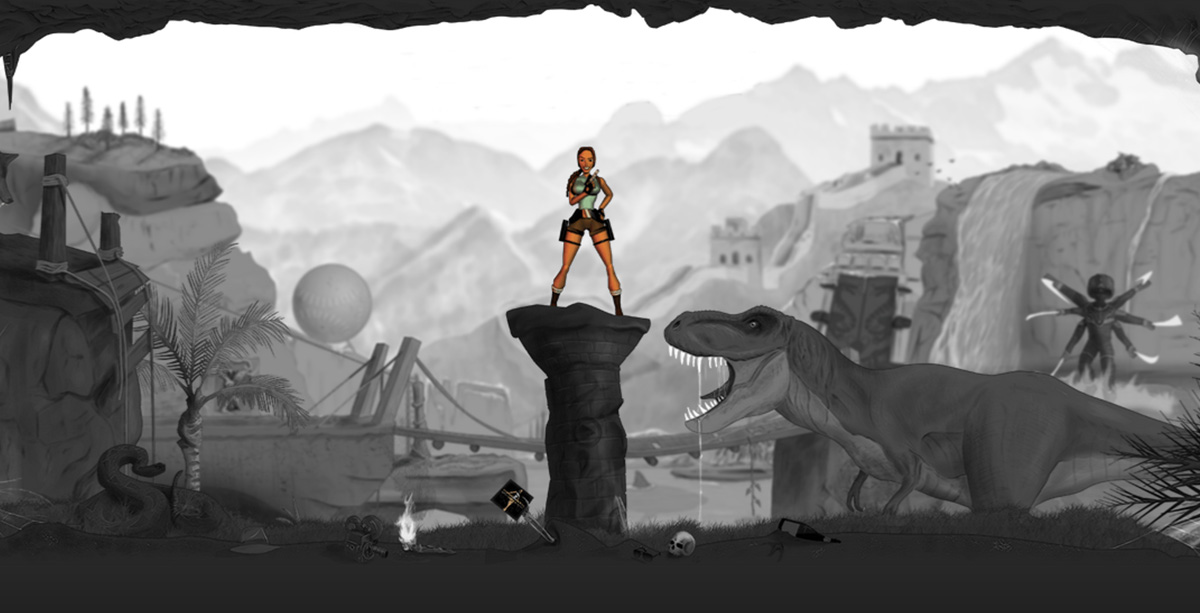 The website tells a brief story of the last 20 years and how they came to arrive at where they are today.

Unique to The Tomb Raider Suite, the landing page features a very special parallax image which features original sounds and other nods to the classic games which are precious to Nathan's heart.

The image is hand drawn at a resolution of 17250 x 6350 pixels, or for camera fans a whopping 109.5 megapixels. Those of you with high res monitors will no doubt enjoy a few moments to look around.

They big reveal are the 2 locations for the Composer Buffet Receptions which they are sure you will love. These are sure to be two of the biggest events in the Tomb Raider calendar of 2018.

Details of the American tour will be posted on their Tomb Raider Live page as the venues are confirmed and they are very excited about this!

The Abbey Road Recording page details the artists and production staff who were involved with the recording and they will be adding to this as they move forward.

The Prize Draws page is where you will find dates for the remaining prize draws so please do familiarise yourselves so you know when they're coming up. They are especially fond of the Abbey Road Attendance Prize Draw page which features photos from the sessions, the winners and what they had to say about their special day.

The Memoirs page is where they will be featuring articles, videos and photos sent to them by the fans as the project progresses throughout this year. Currently they have one very special memoir written by David Carroll who was one of the Abbey Road Attendance Prize Draw winners, a very heart-felt and moving account of his time with us during the recording.

And finally they have their e-commerce shop where you will find a selection of some of the merchandise they sold during the Kickstarter campaign, the new retail album, retail album T-shirts, posters and lots of other goodies. You can also purchase a Large, Giant, or Super-sized poster of the Parallax image that is featured on their home page.

Contact details are in the footer of the website along with their new social media links and you can also sign up for their Newsletter if you would like to receive periodicals about the project.

About The Tomb Raider Suite

When Nathan McCree wrote the extraordinary and iconic music for the first three Tomb Raider games between 1996 and 1998, it was recorded using the synthesizers available at the time. But for 20 years he dreamt of hearing his music performed by a full orchestra and choir and with the 20th Anniversary of the release of Tomb Raider in 2016, the timing was perfect to realise his dream.

In May 2017 Nathan launched his Kickstarter to generate funding for his The Tomb Raider Suite project: to record a collection of his favourite tunes and cues from the first three games performed by the Royal Philharmonic Orchestra at the Abbey Road Studios and release it on vinyl, CD, digital download and streaming platforms. 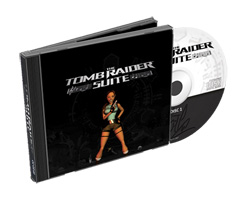 The Tomb Raider Suite coming by 1st May 2018 on vinyl, CD, digital download and streaming platforms (there may be a delay to the tin CD’s, due to the production overhead). The recording sessions took place on October 16 and 17 at Abbey Road Studios in London in 2017 involved with the Royal Philharmonic Orchestra and the Metro Voices.

About Tomb Raider: Live in Concert

On Sunday 18th December, 2016, The Tomb Raider Suite received its World Premiere, performed live by the Royal Philharmonic Concert Orchestra and the City of London Choir. Conducted by Robert Ziegler, it received three standing ovations from over 2,000 fans who attended the concert. It was an outstanding finale to the Tomb Raider 20th Anniversary celebration.