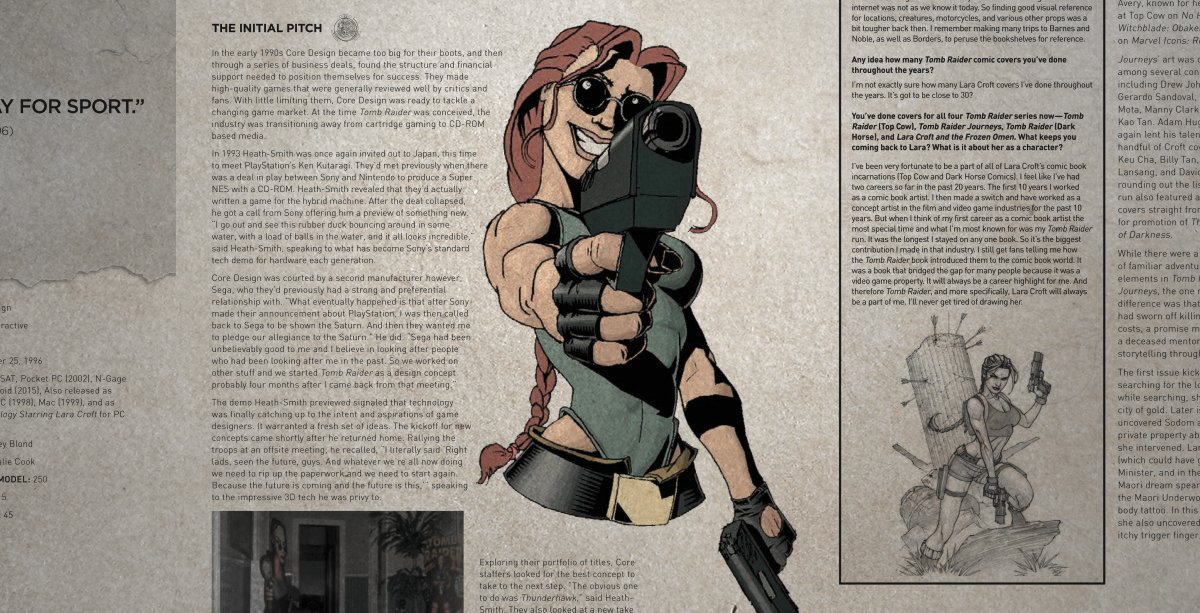 Secure your copy of '20 Years of Tomb Raider: Digging up the Past, Defining the Future' now and celebrate two decades of our favourite franchise with this premium tome written through 360 pages by Crystal Dynamics' Senior Community Manager (and long time super fan) Meagan Marie - published by Prima Games! 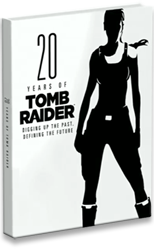 The book dedicated to fans including...

All of these spiced with stunning visuals!

At the age of 12, Meagan Marie wanted to be Lara Croft. After realizing that "fictional character" wasn't a vocation, she set her sights on working in the video game industry. Meagan attended school for Graphic Design and Journalism/Mass Communications at the University of Minnesota and secured a position at Game Informer magazine fresh out of college. She worked at Game Informer for several years, covering a variety of content such as news writing, event reporting, and long-lead original features. Highlights of her time at the publication include authoring world-exclusive cover stories for Portal 2 and the Tomb Raider reboot. The latter introduced her to the team at Crystal Dynamics.

After the issue hit newsstands and the fresh take on the franchise had debuted to the world, Meagan was offered a position at Crystal Dynamics as Community Manager, relocating to California to accept the role. Now Senior Community Manager, over the past five years, Meagan has been responsible for establishing and evolving the brand presence on social media, engaging with fans online and at events worldwide, and acting as a studio spokesperson. The job has allowed her to travel everywhere from Singapore to São Paulo, feeding a flame for adventure originally ignited by Lara.

Inspired to use her platform to give back, Meagan is outspoken on issues of representation in gaming and pop culture. A long time cosplayer, she is also the creator of Causeplay Shop, which brings cosplayers and geek artists together for semi-annual sales that benefit charitable causes.

Meagan's passion for Tomb Raider has endured throughout her life—from dressing up as Lara in her teens, to saving allowance money for variant comic covers, to keeping a constant eye out for her next outdoor adventure. She still dresses up as Lara Croft. Some things don’t change.