Shadow of the Tomb Raider - The Serpent's Heart DLC Out Now 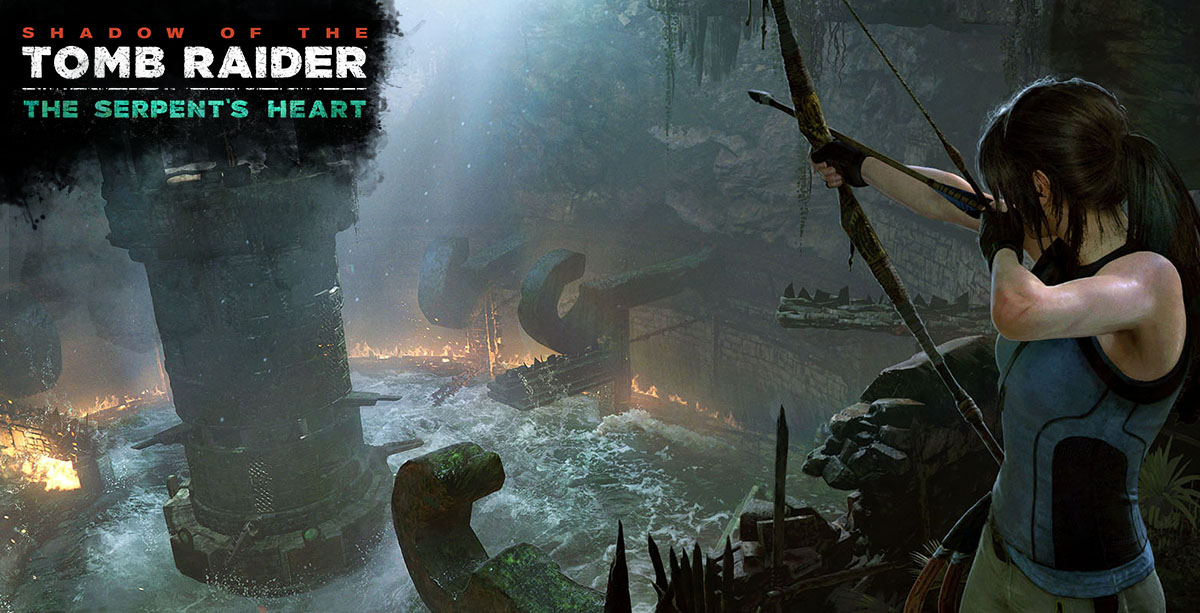 Water-raft through the mighty Slayer's Gauntlet challenge tomb, and save the lives of loyal rebels in solo or team up with your partner in Shadow of the Tomb Raider's 5th DLC pack of 7! You'll also receive a new outfit, pistol, and skill, plus you can unlock 5 new trophies/achievements.

The all-new Dragon Scales outfit reduces fire damage, prevents stumbling and accelerates health regeneration.
In addition, you'll be able to equip the new Serpent Lash Bow from the Slayer's Gauntlet which deals out extra fire damage to your enemies.

The Serpent's Heart is available now for standalone purchase and included with the Croft Edition, Ultimate Edition and Season Pass.