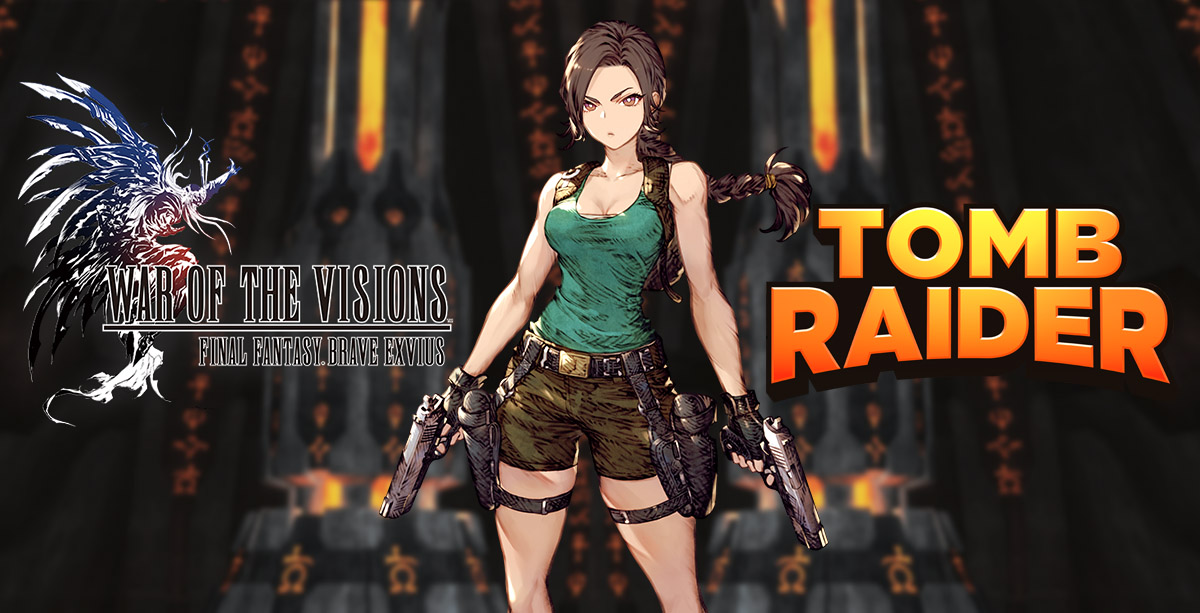 As a celebration of the 25 anniversary of the Tomb Raider franchise, Square Enix invites players to participate in the new Tomb Raider collaboration event in the popular tactical mobile RPG WAR OF THE VISIONS FINAL FANTASY BRAVE EXVIUS for a limited time starting today until October 19th.

What is War of the Visions Final Fantasy Brave Exvius?

Lara Croft is a Water-type Unit with a cost of 90.
Her main job is Tomb Raider, a Middle Guard Striker Class (Lara-specific job, created especially for this collaboration). Her sub jobs are Gunner and Ranger and as a unit, she's capable of attacking from a distance with the ability to destroy physical barriers and pierce defences to inflict heavy damage even on enemies that have a high resistance stat.
Her Limit burst, "Duelist Reflexes" is a very powerful attack. It deals three hits to the target and lowers Lara's hate, delivering a lot of damage and making it less likely for enemies to target Lara afterwards.

The card has a rarity of Ultra Rare (UR) and a cost of 70.
The Party Ability is limited to Water Units, and raises attack and spirit.
Once the card is fully leveled up, luck also gets a boost. The Bestowed Effects are also limited to Water Units, they increase damage and attack. When equipped to Lara Croft, the Vision Card increases her critical hit rate and evasion.

During the collaboration a special event quest will be run. Jacqueline Natla appears as an extremly powerful boss. The designers created a map, based on Tomb Raider: Anniversary's The Great Pyramid level. If you clear the high difficulty Tomb Raider Event Quest, you get the crafting materials and recepies for Lara's Dual Pistols.
The quest is being held from midnight September 22nd until 17:59 October 19th (PST), so don't miss it!